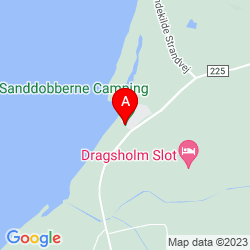 A geopark is a geographical area where the landscape’s geological design is unique and has a vital role in life in the area. In some of the world’s geoparks there are mountain formations that affect mining and mineral extraction. Elsewhere there are volcanoes that give a very special landscape and some special living conditions. Geopark Odsherred is characterized by the fact that the ice-created landscape has a decisive influence on food production, art and cultural history.

Odsherred, as we know it today, was created about 15,000 years ago during the recent ice age, where the ice’s movements gradually shaped the varied and dramatic landscape. All the more so, the areas around Rørvighalvøen, Klintebjerg and Odsherred are used as geological  examples around the world’s classrooms.

The seabed as a cultivation area

The deposit of The Lammefjord towards the late 1800s enabled today’s cultivation of vegetables under favorable conditions on the former seabed.
Work on the drying out of the vast fjords where the ice lay thick during the last ice age was a huge effort in itself, which significantly changed the map and meant that Odsherred today can show one of the clearest examples in the Nordic region at local level: there are more than 10,000 barrels of dried sea bed, where climate, soil and light rise into a higher unit and give the commodities a very special character. The thick dune layer on the old seabed contains nutrients and minerals, which make the soil particularly suitable for vegetable cultivation. In the Sand Dunes shop you can buy different local crops.

Artists are drawn by the light and the landscape

The Ice Age landscape brought the art to Odsherred, where artists have reproduced and interpreted the very varied and dramatic landscapes for over 200 years.
From the 1930s, the landscape of Odsherred becomes a motive, which is in fact regarded as an important part of national art history. With names such as Sigurd Swane, Karl Bovin, Lauritz Hartz and Kaj Ejstrup, who appear as a completely epoch-making artist colony, Odsherred painters, the youngest of Denmark’s four major artist colonies, next to the Skagen painters, Fynbomals and Bornholmer painters.
Nowadays artists, their studios, galleries and artisans are an important part of Odsherred, which offers a wide pallet of Danish art.
At Sanddobberne, we appreciate a creative environment. Besides being able to work creatively here in our studio, we also arrange tours and exhibits local art here.

The nature of Geopark

The approx. 2 km long stretch of coast at the Sandbills is today a protected nature reserve under Natura 2000, which is a name for a network of protected natural reserves in the EU. The Natural Trust has cattle grazing during the summer months. The grazing of the cattle helps to ensure the diverse nature of the Sandbills and to prevent the area from becoming overgrowin.
About 7,000 years ago, west of where Dragsholm Castle is located, there was a small bay in the Stenald Sea. As the land raising continued in the post-Stone Age era, a coastal cluster was formed with low, irregular and tufted dunes.
The Barrier coast is under constant development, and in the front of the dunes a peninsula was formed recently. The elongated tongue is constructed of sand transported there by waves. Between the old coastline and the reeds (tang) lies a small lagoon rich in vegetation. The ‘Tangen’ appears for the first time on a postcard printed in 1935 and it has subsequently expanded. In 1944 it appears on the map. Over time, the waters will close the lagoon and create a coastal island.
The Natura 2000 plan protects the thousands of wading birds that return year on year to this lagoon coast.
We have attached a nature guide, including guided tours and other events organised during the season.